Here are some of the main distinctions between wakeboarding and water skiing:

Wakeboarding vs Water Skiing: What Makes Them Different?

Both wakeboarding and water skiing require hydroplaning behind a board towed by a rope that you grip in your hands.

Wakeboarding requires a large snowboard-style board that you use fixed straps to strap your feet to. Normally, even though you fall, your feet will stay secured to the wakeboard.

Waterskiing, on the other hand, requires a pair of skis – or a single ski in the case of slalom water skiing. For twin skis, you mount one ski to each of your feet. On a slalom ski, your forefoot is fastened, and you put your back foot in a strap behind your forefoot.

On a wakeboard, you ride with your legs parallel to the board, like a surfboard or a snowboard. In water skiing (twin skis), the feet are facing forward, parallel to each other like snow skiing.

But the distinction between wakeboarding and (twin) water skiing is very close to the differences between snowboarding and skiing.

On the other hand, when you’re skiing on a single ski (slaloming), you’re sitting one foot behind the other. However, unlike wakeboarding, slalom skiing is much narrower than wakeboarding, and both of your feet are facing forward.

Used slalom skis, however, can often be purchased online at less than £ 100, and new wakeboard and binding sets at about £200. 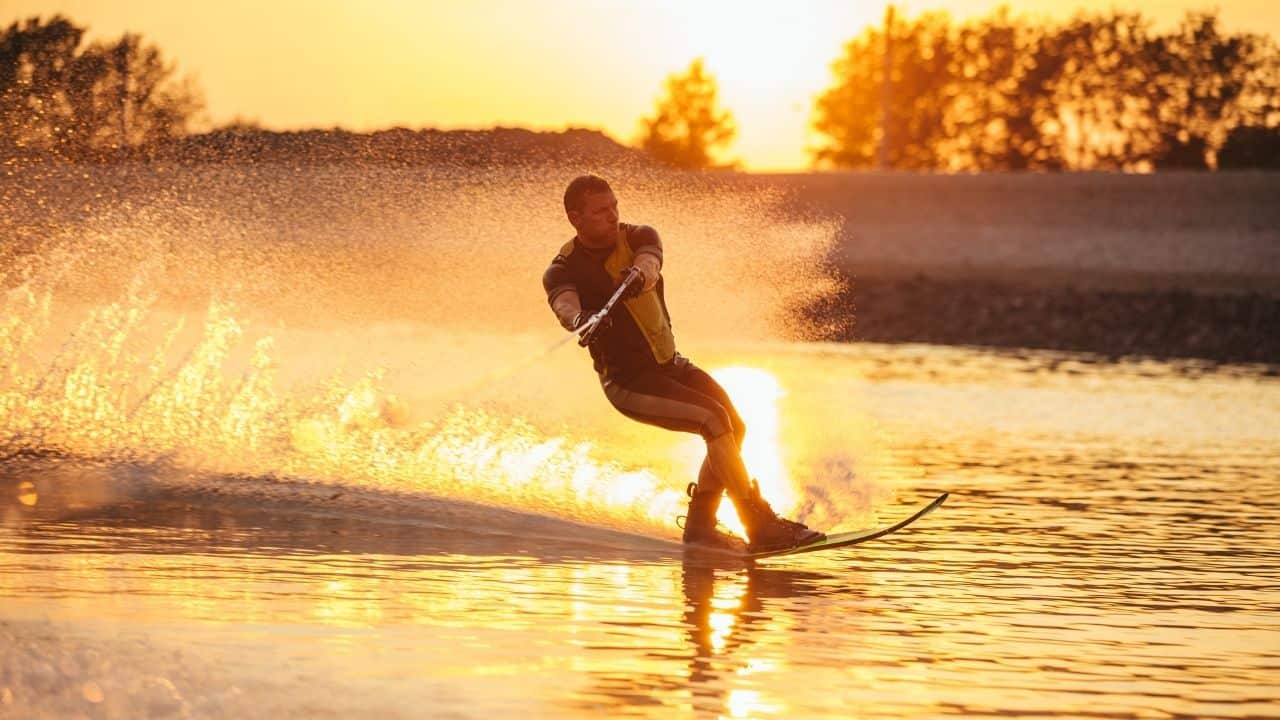 When you wakeboard, you normally get towed by a boat at a much slower pace than when you’re water skiing, usually about 19-22 mph vs 26-34 mph for water skiing.

Water skiers are attempting to put as much friction on the rope as they can in turns to bring up a wall of water. Wakeboarders, on the other hand, cruise at lower speeds and don’t work as hard against the board, focusing on jumps and tricks.

Drive speed and boat driver experience have a major influence on how simple or challenging your wakeboarding or water skiing session is.

While smooth, still water is better for wakeboarding and water skiing, it is even more important for water skiing, particularly slaloming (single skiing). It’s generally better to wake on rough water (though not as pleasant) than it is to waterski.

Getting Up On Your Wakeboard vs On Waterski’s

When trying to compare the ease of learning wakeboarding vs water skiing, opinions differ based on the experience of the rider boarding and water skiing.

For most people, it’s easier to get up on a wakeboard than on a slalom ski because of the greater contact area of the wakeboard with the surface of the water.

Also, a deep water launch on a wakeboard gives the rider more time to pop out of the water than a slalom ski (faster start).

However, when comparing wakeboard and twin water skis, the jury is still out on which one is easier. Some people think that skiing is easier to get up than wakeboarding because you don’t have to go sideways when you get to the top of the water.

On the wakeboard, when you get up, you’ve got to twist your hips in a sideways direction. For some people, angling your body as the boat starts dragging you to get sideways (skateboard style) doesn’t feel normal.

On the other side, when you get up on two skis, you have to deal with the skis wobbling and shifting away from each other. Kids seem to have a much better time getting up on a wakeboard vs twin skis.

Generally speaking, riders who are experienced in sports, such as skateboarding, snowboarding and surfing, usually pick up wakeboarding far more quickly.

Using freeride skis can make it easier to get up on the water, but turning them isn’t as easy.

Is It Easier To Wakeboard or Waterski Behind A Boat?

Wakeboarding appears to be easier on the body than slalom skiing for “normal” riding back and forth behind the boat. Also making wake jumps on a wakeboard takes less effort than moving a slalom from side to side.

The distinction also depends on the skiing level. Running open water at almost 35 mph and 15′ off (i.e. using a rope is 15 feet shorter than a full-length, 75-foot rope) gives you a powerful workout with next-day soreness due to a major pull in turns.

Carving flawless turns on a slalom and boosting through the wake at high speed is a wonderful feeling, but it takes good skills and is typically harder to master than standard wakeboarding (without technical tricks).

Wakeboarding, however, still has its own challenges. One of them is the resilience of a faceplant when it comes to catching an edge on a wakeboard during a turn, similar to a side drop on a slalom or a wedge on twin skis.

Even though you normally travel slower on a wakeboard, you’re likely to get a strong headache when you catch the edge of your path forward and hit the water too hard. Wakeboarding can hurt a lot more than water skiing, so you should still try to keep your edge up!

Which Out of Wakeboarding or Waterskiing Is Harder on The Body?

As mentioned above, wakeboarding puts much less stress on the body due to a lower speed and a higher contact surface, resulting in a gentler pull on the arms and shoulders. For many people, the wakeboard position is also more natural than the slalom position, which also reduces stress.

However, wakeboarding makes your body work asymmetrically with the same rotation in your hips and back, because most of the time you ride in your natural position (either the front foot forward or the left foot forward).

Learning how to ride the switch, i.e. occasionally flipping your board 180o and swapping your front and back legs can help reduce the continuous strain on one side of your body and better distribute the hard work to both sides.

According to an article published in the Journal of Sports Science Medicine, wakeboarding injuries are most likely to involve head and neck plus other dislocations, while water-skiing injuries primarily involve the hip and lower extremities, most often sprain or strains. Contusions and abrasions are also very common in both sports.

However, the risk of serious injuries related to wakeboarding is estimated to be half that associated with water-skiing injuries.

Slalom water skiers usually crash on their rib cage with their arms extended during a turn, resulting in injury or displaced rib cartilages.

On the other hand, an average wakeboarder will travel on wake-to-wake jumps, grabs, slides, 180o etc. all day long with little risk of falling. Wakeboarders with more advanced broad spins and inverts, however, are also more at risk of injury.

Wakeboarding is all about jumping the wake and performing tricks, while “normal” water skiing is about slashing as hard as you can at 33 mph, shooting as much water as you can.

Wakeboarding includes hundreds of tricks such as flips, front and backspins, tantrums, wake to wake throws, front and back 360s, one or both hands on the bar tricks, etc. 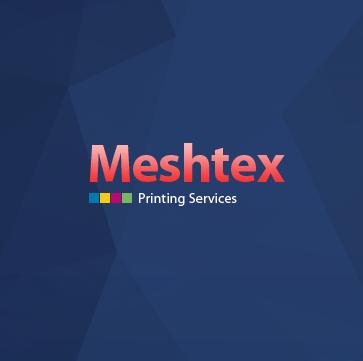